Leadership, Listening, and All That Jazz

I read a tremendously insightful article recently by Grant Ackerman, “4 Leadership Lessons from Jazz,” published by Columbia Business School, on the fascinating relationship between performing as a jazz musician and performing as a business leader.

Grant starts with a great question: “Why do we organize?” and shares answers from executives he’s queried. “To accomplish an objective, maximize efficiencies, access all resources, etc.” He responds, yes, all true. And, he adds, simply, “we organize because we can’t do it alone.” And that’s also the case with jazz ensembles. “Why do jazz musicians organize?” he asks. “Because what they want to create can’t be created alone.”

Thank the musical gods for that!

I was in my 20s when I first started singing jazz. I had a weekly gig at a dive in New York City with great burgers that lasted over two years (the gig; the burgers were marginally fresher). That’s where I first learned to perform. To perform in front of interested and uninterested parties, to read music charts, arrange songs, count off, be a front person, swing, scat, the blues.

Singing jazz is also where I first learned about being in, contributing to, and building an ensemble, so Grant’s exploration of the four ways that playing in a jazz ensemble offers lessons to leaders really resonated with me. They are:

1. Taking Turns Leading:
What new information just came your way? Attentive listening is one of hallmarks of curiosity, and by listening for what’s new you’re actually doing what you would be doing if you were curious.

3. Planning To Not Have a Plan:
Exercising our ability to experiment, to not know, and risk failure allows for discovery, surprises, and new possibilities.

4. Parking Your Ego at the Door:
Put aside your personal agenda to learn and create what’s best for the music (and the organization).

Such good stuff. Wonderful analogies that make so much sense and provide a fascinating angle on what it means to co-create, collaborate, create space, and build on others’ input.

I want to dig a bit deeper into #2 — Really Listening. Here’s where I both agree and disagree with Grant. For context, here’s his whole delicious point (boldface emphasis is mine):

This may sound simplistic—because it is. It is a simpler truth. Great performances require collaboration and great leaders know that collaboration requires an extremely well-developed capacity to really listen—and hear—what others are saying. In a jazz quintet, that means listening to four other people who are communicating with you all at the same time. It’s for this reason alone that I consider jazz musicians to be more evolved than the rest of us. Our work at meetings is far easier. Generally, we only need to listen to one person at a time. Listening, particularly active listening, is simultaneously a skill, an art form and, most importantly, a discipline.

Okay, first things first. Having dated my share of jazz musicians over my lifetime, I can definitively assert that they are not more evolved than the rest of us. But more on that in another post.

Next. When Grant tells us that in a quintet we’re listening to four other people at a time and in meetings only one, I think he’s selling quintets, meetings, and his brilliant insight short.

When you play jazz, yes, you’re listening to each of the musicians in the ensemble. The fat pulsing beats of the bass, the melodic intricacies of the piano or guitar, the rhythm and percussion of the drums, and so on. But at the very same time, you’re hearing something else: a total performance of which you are a part. You’re experiencing an entire piece of music unfolding, emerging, in process — a unified sound that is different and distinct from the individual sounds of the individual instruments. You’ve heard the well worn saying “the whole is greater than the sum of its parts.” Well, a jazz number played by an ensemble is all that, in spades.

Here’s where I differ with Grant. He says that in business meetings we leaders have it easier because we “only need to listen to one person at a time.” That would indeed be easier, but I think he’s missing his own point. In the meeting, we have the same challenge and opportunity as our jazz brethren. That meeting (or the team that’s holding it) isn’t simply a collection of isolated players, sequentially soloing until someone else needs the conference room. That team is — or can be if it takes Grant’s four points to heart — just as much of an ensemble as the quintet. It can be an ensemble that the leader is hearing, building, and performing with, all at the same time.

When we see and relate to teams/ensembles only as a collection of individuals, we’re depriving them (and ourselves and our organizations) of the power of the collective. When different voices come together and merge, they can create a new, unique voice that’s greater than the sum of its parts. This group/ensemble entity has the power to change course, to see and act in new ways, to hold shared and divergent opinions at the same time, and to carry the past, the present, and what is yet to become, together.

And so a big improvisational “yes, and…” to Grant’s important and helpful insights. Leaders should and can learn to listen not just to hear and acknowledge, but listen to co-create with the emergent, collective output of the group (ensemble). Listen like a jazz improviser, who creatively contributes her individual instrument while also building a collective performance that has never been heard before.

Cathy Salit is a performer and co-founder of Performance of a Lifetime. Her book, Performance Breakthrough: A Radical Approach to Success at Work (Hachette Books) is on sale everywhere books are sold. 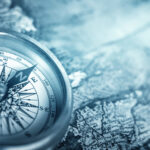 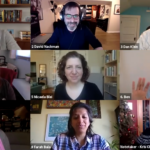 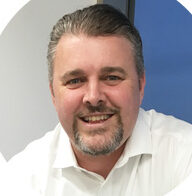